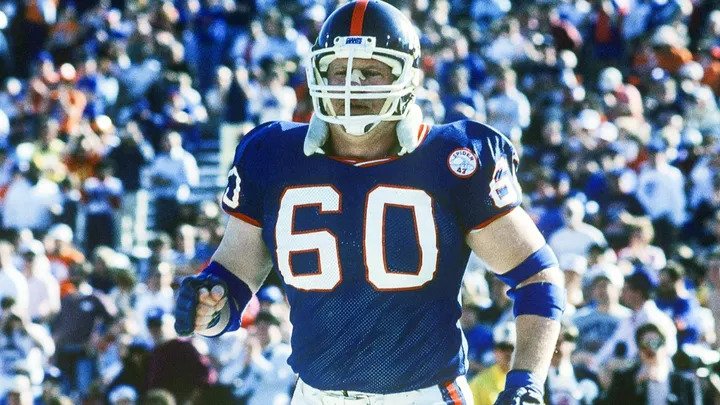 For the past five years, Brad Benson, a longtime Giant who helped the franchise win its first Super Bowl, has been facing numerous neurological and physical challenges which require monetary assistance. I am calling on all my former teammates and Giants fans everywhere to help Brad tackle his latest opponent in his time of need.

If you want to help, please donate via the Brad Benson GoFundMe campaign. I would like to thank the Mara and Tisch families for kicking off this campaign with personal family contributions.

As part of this campaign, if you contribute $500 or more, I will send you a personalized Harry Carson poster with a 9 x Pro Bowl & Captain SB XXI inscriptions. If you have already made a qualifying donation, please reach out and I will send you a poster as well.

Please donate now. When we all work together, SUPER things can happen.

To claim your poster, please send your name and address as well as a copy of your GoFundMe receipt to HCarsonInc@aol.com 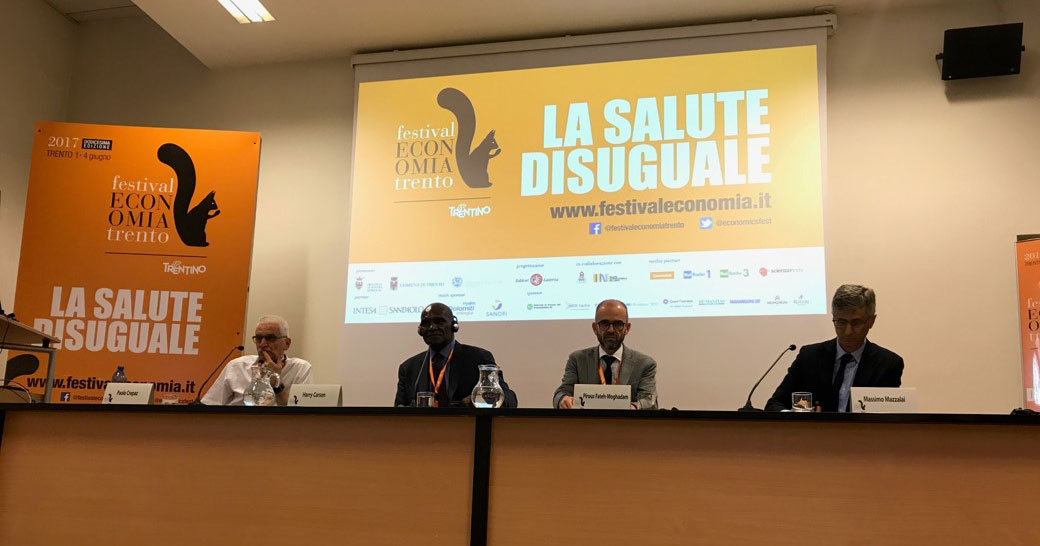 I know, I know….! I have not updated my website in a while, my apologies to those who would like to keep up with what I am doing especially in regard to sports related concussion or traumatic brain injury issues. I promise to do better moving forward….

While I have been active promoting concussion awareness locally in the New York/New Jersey areas, I wanted to share that I recently had the opportunity to travel to Trento, Italy to participate in the Festival of Economics of Trento 2017. This is the 12th year of the Festival that has grown steadily year by year. 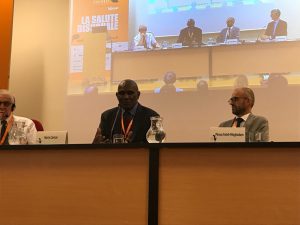 My role as a panelist was to share my thoughts on the benefits of sports to promote good health but also point out the hazard of sports related injuries that can have an adverse effect on health short and long term. I was honored to be invited by the festival organizers to share my sports experiences and discuss my thoughts on the short and long term effects of concussions on athletes. I was also honored as many of the Festival’s participants were experts in the field of economics from around the world including some of the leading Economist, University professors and Nobel Prize Recipients. 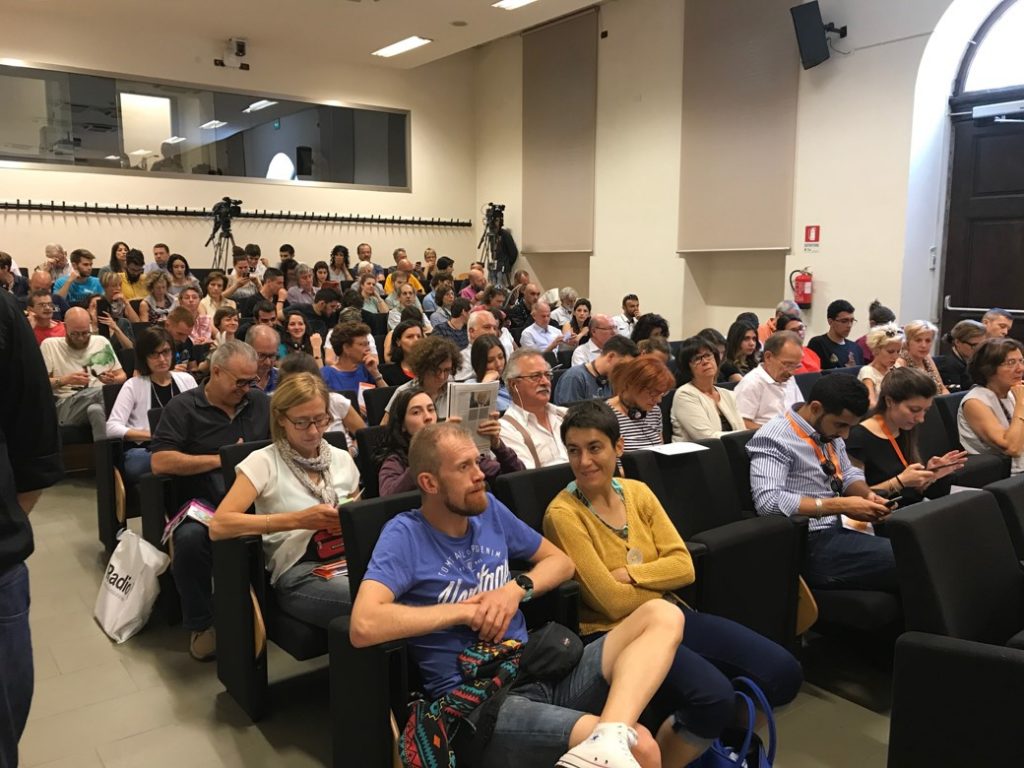 My session was very well received, well attended and covered by the Italian media, so much so that I was invited by organizers to participate again next year. I am already looking forward to 2018.

Was very sadden to learn that a true “Lion” of the game passed away yesterday. David “Deacon” Jones was the epitome of what defense was in the National Football League and the game of football “back in the day” when football was really football. Much will be written by others about his on the field exploits, I will miss yet always remember his booming voice whenever he was present.

When I was elected to the Pro Football Hall of Fame new inductees attended a luncheon named after Green Bay Packers great Ray Nitschke with other Hall of Fame members. At the luncheon the new inductees could not speak, instead the seasoned members had the floor and shared with everyone in the room what the game of football and being a Hall of Fame member meant to them. I remember clearly how Deacon took the floor spoke with such passion as if he was in the confines of the locker room or in the huddle. He spoke of his love for the game but also of his love for his teammates and how he would do it all again in a heartbeat. From the tone of his voice I knew Deacon Jones the proud Lion loved the game but he also loved leaving a legacy for others like Reggie White or a Lawrence Taylor to strive to emulate on the football field.

I was proud to know that Deacon played at my alma mater South Carolina State where we played the same position, defensive end. I use to tease him that we probably wore the same number but it wasn’t until I wore the number that the school chose to retire the jersey. My teasing never got under his skin but he always had a good comeback to shut me up! I cherished every moment I spent with him and was very much honored to know him. Most important I am honored to be able to call David “Deacon” Jones my friend.

There is one thing my wife and I know for certain, wherever “Deacon” is right now we are certain that he is having a good time!

When I was young I remember hearing my parents, relatives and older friends of my family say to one another “Happy New Year!” That was followed up with how thankful they felt to live to see the beginning of a brand new year. I didn’t really think about at the time but I do now. When I review my 2012, life came to an end for many people I loved. I lost my brother, my father in law, one of my Giant teammates, two of my coaches from our Super Bowl Championship team, several life long friends and acquaintances. In recent years I receive a list of the many former NFL Players we lost during the course of the year. When I review that list and then reflect on my personal list of people I know who no longer are among the living, now I get it. Like those who proceeded me who saw those in their lives pass away sometimes too prematurely, I feel thankful and blessed to be able to see and welcome 2013. As I enter another year and see that another year nor even tomorrow is guaranteed I know that the best gift I can give myself is to live my life to the fullest!

I wish everyone a very Happy New Year! I encourage everyone to live your life this year with no regrets!!!

It’s not very often that I get excited about meeting people. In my walk of life I’ve met and know many fellow athletes, entertainers, politicians and people of great wealth and influence. But, there is no one (except my children and grandchildren) that truly gets me excited about being in their presence.

I just hosted my 3rd Annual Rival Golf Classic Challenge benefiting the Congressional Medal of Honor Foundation Scholarship Fund. The theme this year was recognizing the Legends of the NFC East with players who played for the New York Giants, Washington Redskins, Philadelphia Eagles and the Dallas Cowboys competing on the golf course. For me, the highlight of the event was not about the players but meeting Mike Thornton and Brian Thacker both Congressional Medal of Honor recipients. At last year’s tournament CMOH recipient Ron Rosser was our special guest and I had the opportunity to meet CMOH Dakota Meyer and Paul Bucha last year as well. To hear and read the stories of these men puts the word “hero” in the proper prospective.

Meeting each individual gave me a renewed sense of pride in some of the more important building blocks of life such as strong character, integrity, bravery, loyalty, fighting through adversity and an appreciation for ordinary people doing extraordinary things. These are the men that we should hold up as true heroes for young people to emulate.

Right now there are approximately 81 living Congressional Medal Of Honor recipients. The award is not handed out to any one. It is awarded to those who have shown tremendous courage and bravery, sacrifice, selfless service and patriotism.

To read more go to: