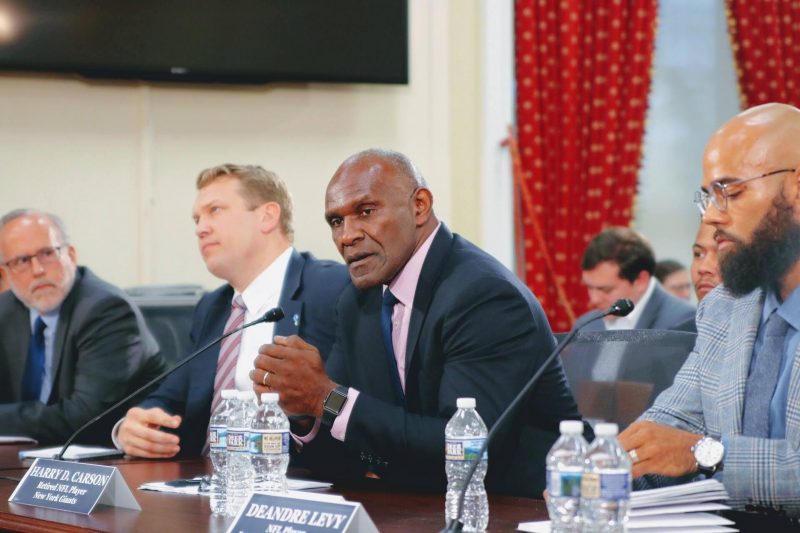 The full video of the forum can be viewed on Facebook or on C-Span.

“I personally have had the opportunity to come in contact with people who are in their teens and having neurological issues. Young people who played high school ball…Individuals who never even got to the NFL.”

“So The issue, while we focus on the NFL, is more widespread than anyone knows.”

Carson now devotes much of his time to raising awareness of TBI. He has said he would not allow his 8-year-old grandson to play football.

After the forum, Carson acknowledged his disappointment that head trauma in football, like so much in Washington these days, has become a partisan issue. Rep. Frank Pallone, a New Jersey Democrat who organized the forum along with Rep. John Conyers of Michigan, said Republicans had no interest in convening a formal hearing on the subject. And several members denounced President Donald Trump for his recent suggestion that the NFL is less enjoyable since the league began taking steps to address player safety.

“It won’t be a partisan issue if it affects some of their children,” Carson said of Republicans.

The NFL declined to send a representative to the forum, Pallone said. The league acknowledged a link between head blows and brain disease after years of denials and agreed in 2015 to a $1 billion settlement with former players.